What happens after companies publish their gender pay gaps?

What happens after companies publish their gender pay gaps?

Although many employers have yet to publish their gender pay gaps (just under 3,000 companies have reported so far out of an estimated 9,000), the ones that have made their data public may be feeling the heat, especially if the gap is huge.

For many, the question after the April deadline will be: what now?

The answer depends on whether an organisation has been able to clearly articulate why their gender pay gap exists and what they’re going to do about it.

Some brands have been proactive; TSB used its sizeable gap of 31% as an opportunity to analyse the causes and outline counteractive measures, such as supporting women returning to work and producing gender-balanced shortlists. The University of Essex took a more radical approach: in 2016, it applied a one-off salary hike to its female professors to eliminate the pay disparity with male colleagues.

Other organisations have endured a barrage of negative publicity after releasing their results. The BBC is probably the textbook example of what could go wrong here; after it published considerable pay discrepancies between male and female employees, the broadcaster soon experienced an onslaught of criticism from the press, as well as a high-profile resignation by former BBC China editor, Carrie Gracie.

On the back of its pay revelations, the BBC ordered an equal pay audit, carried out by consultancy PwC and legal firm Eversheds, which concluded that there was no evidence of systemic gender discrimination. The reputational damage, however, has already been done and may serve to discourage future talent from joining the organisation for many years to come.

One way for companies to limit reputational damage from future reports – as well as the risk of being taken to court – is to carry out an equal pay audit as well as publishing any gender pay gap data. In the accompanying commentary, organisations can then say that they have carried out an audit and that there are no equal pay concerns – and if there are any doubts, that they are taking immediate action to address them. This way, businesses are being proactive rather than having to quickly defend themselves in an increasingly distrustful atmosphere.

While the gender pay gap reporting deadline may lead to sleepless nights for many business leaders, it should also be seen as an opportunity. Firms will not only be able to prove that they grasp the importance of tackling the gender pay gap, they can articulate exactly what they are doing to fix it.

If a company is smart about handling its gender pay gap, it could really stand out from competitors; it will have developed a robust programme of measures that outline planned changes as well as case studies providing clear evidence of action.

As CEO of the CIPD, Peter Cheese, points out: being transparent about the reasons for the gender pay gap is vital to closing the gap. Which is ultimately the point of reporting in the first place.

If you’d like to discuss the gender pay gap in more detail, or if you’re interested in carrying out an equal pay audit, get in touch.

Register for our Free Reports & Downloads 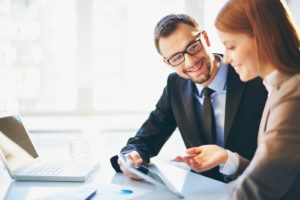